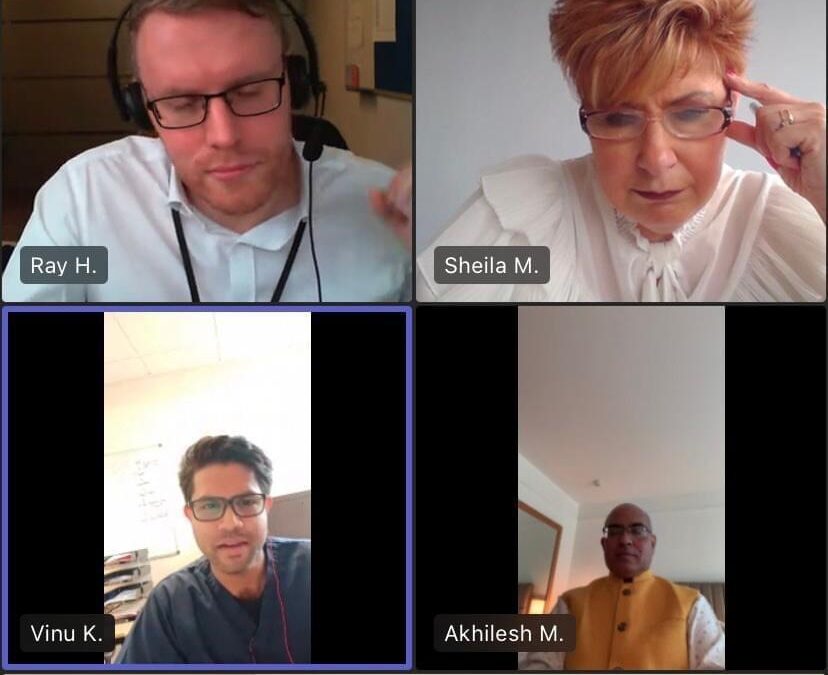 On Tuesday, 8th February, MNI officials met with the CEO of NMBI, Ms Sheila McClelland, Ms Carolyn Donohuoe, the head of education of NMBI, other officials of NMBI and the honourable Indian Ambassador, Mr Akhilesh Mishra to discuss various issues pertaining to the registration of overseas nurses. Varghese Joy, Convenor, Rajimol Manoj, treasurer, and Vinu Kaippilly, national membership coordinator represented MNI in the meeting. Back in last December, MNI officials met with the CEO of NMBI in presence of the Deputy General Secretary of INMO Mr Edward Mathews and requested NMBI to take measures to address the delay in registration. As a result, NMBI had advertised 10 grade 4 registration officers post. This helped to decrease the delay in registration to some extent but the delay still persists.

In addition, MNI officials pointed out the issue of NMBI asking candidates various certificates even after they received their decision letter. It creates a big predicament for candidates to produce certificates from their country of origin while they are in Ireland, appearing for aptitude test/adaptation. Another issue raised in the meeting was about the expiration of IELTS/OET when a candidate fails on aptitude/adaptation and applies for a second time. The IELTS/OET expires during the time period of processing their application. CEO promised to examine the matter and to take measures to address them. The CEO also offered to work in collaboration with Migrant Nurses Ireland to address the issues pertaining to the registration of overseas nurses. The honourable Indian Ambassador also offered every help by his office and the Government of India in order to resolve this matter.